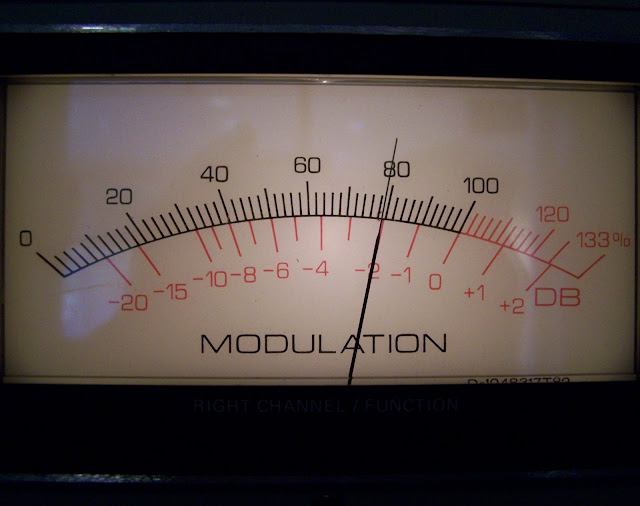 I tend to gravitate toward ‘older’ music. Well, old by today’s ultra modern standards. Don’t get me wrong. I really do like many bands today, but to be honest, quite a lot of it I’ve simply heard before, if you get my meaning.

Typical scenario: I’ll be listening to something ‘new’ and it’s quite good but then I start thinking “Hmm, that bit there reminds me of Gang of Four.” Sadly, it’s become almost inevitable. Thus, I’m always pulled back to the 70’s and 80’s.


Although nostalgia can be fun, it’s when a new band doesn’t remind me of anything, that I know they are the real deal. Mind you, this is an extremely difficult task without sounding like absolute avant-garde madness. But that’s another show.

‘Old’ music (ugh, I’ve realized how much I loathe that word), is not for everyone though. And some people (a heck of a lot) just don’t seem to appreciate or have the patience for the crackle and pop bliss that is vinyl. I most ardently am quite keen on it, in fact, there’s nothing quite like it.


Every song on this show came from the ‘vinyl era’ something I hadn’t realized at the time. So, my point is only proved further… I’m drawn to this and I suppose that it will always be my ‘familiar’. You’ll see further evidence of this in later shows.

**download** THE RADIO'S ON ICE air date 24th of June 2008
V= vinyl *= request
Death Cult ‘Too Young’Gang Of Four ‘I Will Be A Good Boy’
Tones On Tail ‘Performance’
B-52’s ‘Give Me Back My Man’Cramps ‘Goo Goo Muck’Dead Kennedys ‘Holiday In Cambodia’Cabaret Voltaire ‘Jazz the Glass’
Bauhaus ‘Of Lilies And Remains’
The Glove ‘And All Around Us The Mermaids Sang’
Cocteau Twins ‘Feathers Oar-Blades’
Damned ‘I Just Can’t Be Happy Today’Buzzcocks ‘Fiction Romance’
Josef K ‘Sorry For Laughing’Soft Boys ‘I Wanna Destroy You’ V
The Sound ‘Sense Of Purpose’ V
Comsat Angels ‘Eye Of The Lens’Magazine ‘Song From Under The Floorboards’
Wire ‘Ahead’ V
Siouxsie And The Banshees ‘Overground’ V
Wild Swans ‘The Revolutionary Spirit’The Teardrop Explodes ‘Reward’Orange Juice ‘Simply Thrilled Honey’
Neil Young ‘Mr. Soul’ * VLegendary Pink Dots ‘Cloud Zero’ V
Smiths ‘Shoplifters Of The World Unite’
Siouxsie And The Banshees ‘Dazzle’ VIcehouse ‘Great Southern Land’ VDepeche Mode ‘The Sun And The Rainfall’ V
Posted by KleeGirl at 23:30 1 comment:

Show # 1 'Step Into My Mainstream' 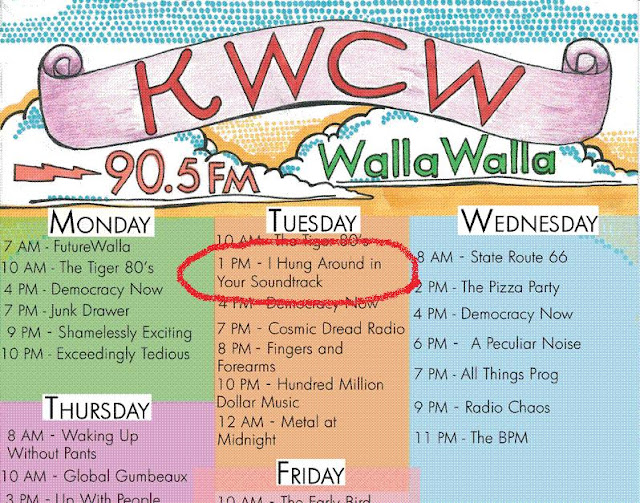 Typically, it's always difficult to think of a first show.

Until of course, you're socked straight in the face with the idea which is usually so much simpler than you thought... ''the 'playlist' on your myspace page, silly!"

Ah, yes, the 'social music experiment' which many of us audiophiles have discovered. Just another attempt at showcasing your self-proclaimed 'eclectic' musical taste and your mad DJ skills (or is it just in my head?).

'Step Into My Mainstream' was the name of this particular playlist (and yes, I've adopted the belief that 'playlist' is one word, despite spellcheck's nay-saying and I made spellcheck one word as well, take that!). The idea of this playlist is simply an example of what is part of my 'mainstream' or music I listen to everyday regularly.

So, this should be lovely, what a nice idea for a first show. This will give a general spectrum to your listening audience as of what to expect from you... yes, lovely.

Everything then shall fall into place without any effort, except...

Your playlist is about 30 minutes longer than it should be.
Thus... the dreaded word, 'edit'. Ahh! This is very difficult for someone like me.

The Girl Least Likely To...
take some songs off the playlist so as not to have a near 3 hour show! I mean, they're all really good songs and absolutely necessary to the theme 'Step Into My Mainstream', yes, each and every one!

However, in the end, I convinced myself to detach from certain songs and did edit it down to what you see below.

Note: This first show, unfortunately, was not recorded as the others were. Although, a re-recording has come to mind and may actually happen... we shall see. Meanwhile, you can check out the 'original unedited' version (music only) at my myspace page.

Posted by KleeGirl at 23:55 No comments: